To transform or not to transform? That’s the question today’s Hamlets are asking themselves. These digital business transformation cases are here to inspire.

In case you missed my previous article on digital transformation strategy (“Digital Transformation Strategy for Your Business: Do’s and Don’ts”), I strongly recommend you read it. This article here is a direct follow-up.

Digital Transformation as a Way of Doing Business

As I’ve mentioned on numerous occasions before, digital transformation for modern businesses is not a temporary strategy – it’s a way of thinking and going about things in business.

You cannot transform one aspect of your business and then rest on laurels till the end of days. With the way technology is evolving these days, you’ve got to reinvent yourself at least once a month, if not more frequently. The outside factors will make you do it.

To sum up, here’s what a digital transformation should mean for a business these days:

Now that we’re on the same page about the basics of digital business transformation, let’s see how some major companies have completed their transformation, what made them do it and how they eventually succeeded.

These stories will make you go “why haven’t I thought of it first?”.

Challenge: the company was losing its market position among the millennials and wanted to find a way to connect with the Internet audience to promote their products.

Solution: McCormick marketing team launched a service/website called FlavorPrint. What it did was run a newly registered user through a 20-question quiz to find out about his/her food preferences and eating habits.

Based on that information, the service would then suggest cooking recipes that feature the company’s products. Smart, huh? Kinda like Netflix or Spotify but for food. 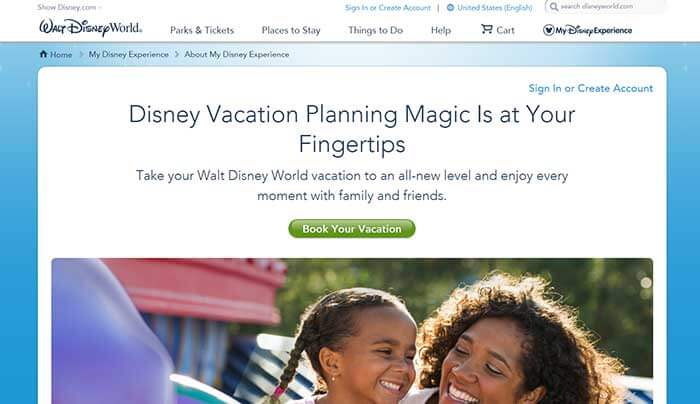 Challenge: the then-current staff couldn’t handle the growing number of visitors, which led to poor service, lines, and a customer experience that was far from ideal.

Solution: back in 2008, Disney came up with My Magic+, a suite of digital technologies, which consolidated a lot of services and enhancements offered to the park visitors. Launched in 2013, MyMagic+ featured a wristband that enabled payments, hotel room access, ticketing, location tracking and more.

The visitors could plan their trip beforehand and receive the wristband before the trip without any additional cost (imagine how much money they saved on all the excess personnel and costs they incurred before that).

Besides many things, what this MyMagic+ did was providing a seamless and enjoyable customer experience to all Disneyland visitors. And that’s a huge win.

Challenge: by 2004, Lego had been suffering from a 12-year long decline and was this close to bankruptcy due to the overall decline in the demand for physical children toys (which were being substituted by computer/console games and – later – gadgets).

Solution: the company had managed to find new sources of income – and not in the toy industry. Lego reckoned they had quite a powerful brand in their hands; it was only a matter of proper application. So they ventured into mobile games, apps, and movies.

The first full-length Lego movie came out in 2014 and was an instant smash earning over $450 million on a $60 million budget. But, most importantly, it served the purpose of further strengthening the brand’s power over young children’s minds.

Needless, to say the company’s sales grew significantly after the movie premiered. Earlier this year, we had another installment in the Lego series – “The Lego Batman Movie” – and the franchise will just keep on expanding.

Challenge: as always with huge chains, the problem was the overwhelming growth of customers without any proper response from the top management other than “hire more sales assistants”. Plus, it was really hard for Starbucks to collect and manage customer data in the era of digital technologies.

Solution: it seemed obvious at first – let’s launch the app and see where we go from there. But Starbucks wouldn’t be Starbucks if they did just that.

The company released more than just an app – with “Mobile Order & Pay” feature of the Starbucks app you could order a drink at your nearest Starbucks café and pick it up at any convenient time.

The app also had a loyalty/reward program (the more you order, the more free drinks/food you get), a “pay-in-store” feature (quite handy when you’re already in the store and want to skip the line), store locator, and more stuff. Hey, you could even tip the bartender at your local store – how cool of an app is that?

Not to mention that Starbucks marketing department had received tons of valuable data on their customers’ preferences based on app usage stats.

All this made it a lot easier to plan future marketing campaigns and products (like the “Unicorn Frappucino”, which you can read about in this article on my blog “Building Your Brand Identity Using Hot Internet Trends and Memes”).

Challenge: how to survive in the ever-tight competition that’s present not only on conventional car market but also on electric-powered vehicles market.

Solution: I know what you’re going to say – how come Tesla is on this list? Notwithstanding all the innovation and original production solutions brought in by Tesla, they’re great at digital marketing too.

Their main thing was to give away all their patents to whoever wanted to use them. Unlike other companies producing electric cars, Tesla did that for free because they knew they had the powerful brand behind them so there was no reason to be afraid of any serious competition.

On the other hand, they still needed to popularize the idea of an electric vehicle itself – in order to sell more their cars, of course. What a smart move by Elon Musk and his team!

Challenge: how to engage viewers via social media during a Super Bowl game and get the ultimate promotion for your brand that goes beyond a conventional TV ad.

Solution: run a series of tweets complimenting other manufacturers featured in the ad roll (Toyota, Disney, Snickers etc.) and asking to retweet them. Among those retweeted, McDonalds’ ran a giveaway of each company’s product – that is, a Toyota car, one-year movie tickets, or a big bunch of Snickers bars.

Lovin’ how @Toyota showed us all how great we can be. Powerful stuff. RT & you could win a new 2015 Toyota Camry https://t.co/blBLsIuMHr

Lovin’ the Tomorrowland trailer so much, @Disney, we want to see it today. RT to try to win movie tix for a year https://t.co/QMicg05FQH

Challenge: how to bring a bit of innovation to the stale sector of retail trade.

Solution: much like Amazon revolutionized the retail industry when it first appeared back in the mid-90s, this time the company is set to make another huge leap forward in the same industry.

In case you haven’t heard, Amazon have recently announced the first-ever checkout-less retail store. The idea is that you can walk into the store signing in with your mobile phone/Amazon app, pick any products off the shelves, put them in your bag, and walk out.

Your Amazon account/credit card will be automatically charged the right amount of money upon your exiting the store. What we’ve all seen in the 80s movies is finally coming true.

Although the shop hasn’t opened yet (scheduled for fall of 2017), you could easily predict that it would be a game-changer.

These “digital business transformation” cases, as people call them, represent a huge shift in the modern marketing and sales industry. There will surely be more of these really soon so keep an eye on the market.

Thanks for getting to the end of the article! If you want more good stuff, you ought to check this articles:

Digital Marketing Consultants: Who They Are and Whom to Follow in 2017

In case you ever run out of ideas or inspiration, these digital marketing consultants will surely help - not always…

Brand Strategy Consulting: How About Some Help from the Outside?

When you’ve come to a point where there are no marketing ideas left, it’s time you could use some brand…