Wouldn’t it be great if you got a call from Google one day asking to purchase your small business for a few million dollars? Yep, that’s global brand marketing.

Survival of the Fittest: Two Main Strategies in Business

No matter what they say, it’s a world of competition where the fittest (not the strongest) survive. Hence, there are a few survival strategies out there in the market economy, just like in nature:

These are the two principal strategies you can choose from. Each of them invokes a different set of specific actions/tactics aimed at reaching the ultimate goal. Let’s take a small business (for example, a fictional bakery named Bobby’s Bagels) and see how it all works.

If you’re going for an active competition, you would probably do the following:

By performing the aforementioned activities, you may stand a chance to survive and outperform your competitors. This is what usually works in real-life business.

There are situations when it’s better to hide away and wait until the smoke clears. I’m talking about economic downturns, negative trends, rapid change in the market situation and other unpredictable things.

Back to our Bobby’s Bagels, it may be:

Technically, these strategies rarely exist in their pure form – most of the time you will see a combination of both, depending on the current business environment.

A Third Survival Strategy – Is It for Real?

There is, however, one more strategy that doesn’t fall into any of the previous categories. It’s called “join the fittest of the bunch” – not really a scientific term, just me speaking a simple language.

What I mean by this is that sometimes the competition is too strong that there’s no way on Earth you can win by in a “face-to-face” face-off (poor wordplay, I know). So, what do to in such case? That’s right, give in to your opponent on the most profitable terms.

I’m talking about mergers or acquisitions.

The Illusion of Choice?

You may think that the global market is a constant whirlwind of competition and brand struggle, you’re terribly wrong. In fact, the more we move into the 21st century, the less competition we get.

Globalization turned into nothing but a small batch of monopolies that own 70 to 90 percent of the global market of any goods, really. 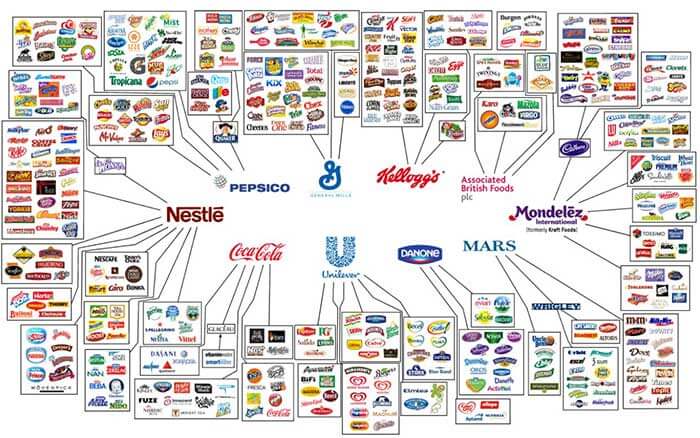 Snickers or Bounty, Orbit or Eclipse, Whiskas or Kit-e-Kat – it doesn’t really matter for Mars, Inc. since they own all of these brands.

Want more? Alright, let’s see how the competition has been between various American banks in the past 20 years. 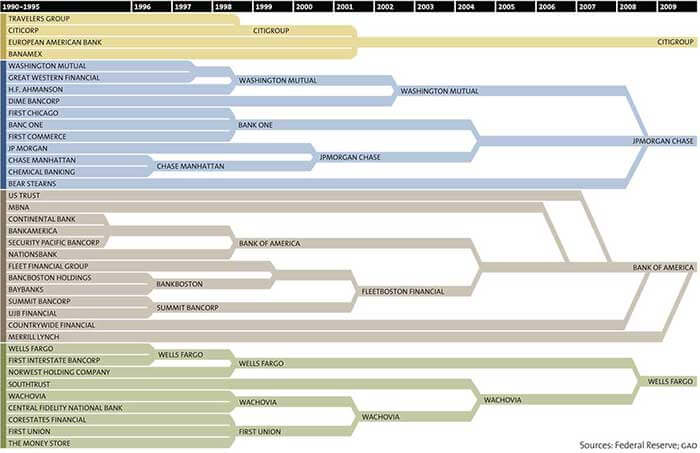 What started out as 40 more or less independent banks had ended up as 4 major financial conglomerates.

Do I really need to show you the infographic about beer? Well, just because you asked. 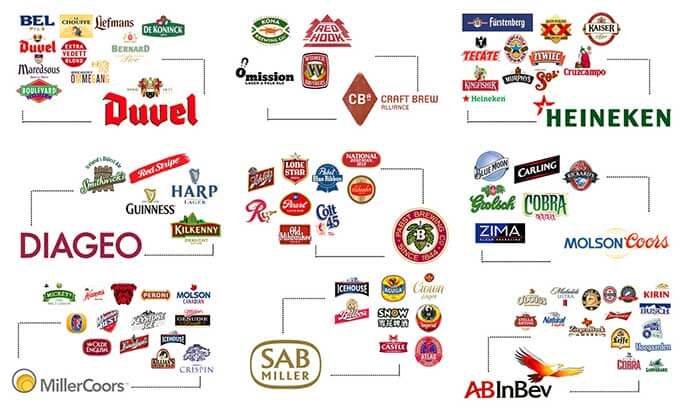 Not that I’m trying to imply that we should resist this somehow – all these mergers and acquisitions aren’t illegal at all. This is the trend of the modern world, which we all have to deal with.

This merger/acquisition process is ever-present in the digital industry. Since the whole industry started less than 40 years ago and there are still many old-school dinosaurs waiting to be acquired by someone big, we’ll definitely see a lot of major mergers and acquisitions in the nearest future.

However, there’s another trend that involves successful up-and-coming companies being purchased by the giants. And guess what? It’s not like these companies are against it.

Even more so, a lot of young startups are trying to raise enough attention and hype for them to get noticed (and subsequently bought) by the global market players.

Whether it’s good or bad is up to you – we’re just going to concentrate on some of the biggest and most notable acquisitions made by five global IT companies: Google, Apple, Facebook, Microsoft, and Amazon.

Most Notable Acquisitions by Google 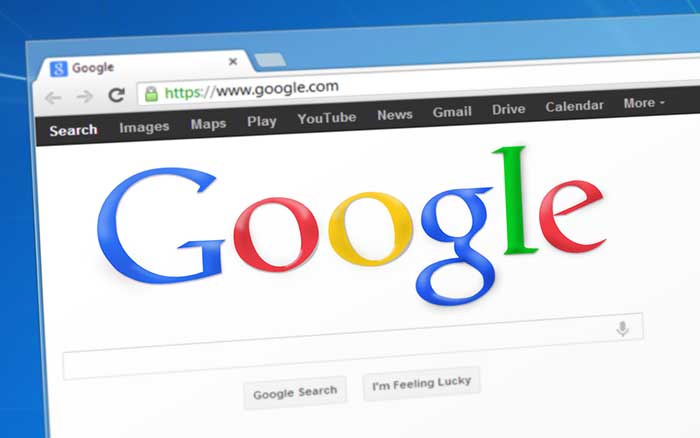 Commentary: a nice and sleek image manager/viewer, which also had native applications for Windows and Mac OS.

Commentary: we all know how it turned out – Android now is the world’s leading mobile platform. Who would’ve known back in 2005?

Commentary: this deal made headlines back in the day. A project that was developed by two young students out of fun and boredom became worth $1.65 billion dollars a year and a half later. Now it’s the second most popular website on the Internet (guess who’s number one;)).

Commentary: Google likes to predict things – now it will be able to do it even more effectively. Apigee is about to become a part of Google Could Platform.

Most Notable Acquisitions by Microsoft 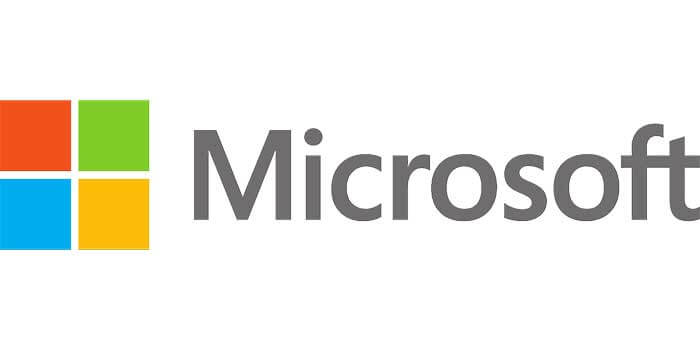 Commentary: yes, Microsoft did not do their email service by themselves – they just bought it.

Commentary: arguably, the most controversial acquisition of Microsoft. What started as a small startup by two students from Scandinavia, turned out into one of the biggest IT deals at the time.

Commentary: from a former owner of Nokia 3310 and other older models – it still hurts…

Commentary: hey, didn’t you know, guys? The 20th most popular site on the Internet is now owned by Microsoft too. Oh well… 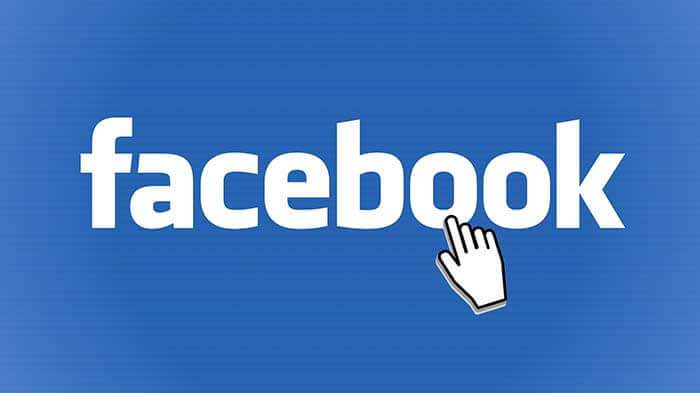 Commentary: now that we all know what has become of Instagram, it seems like a really cool investment. I guess the former owners of Instagram are biting their elbows now.

Commentary: wow, this deal was huge at the time. Was Facebook able to return its investment on this one? We can only guess…

Most Notable Acquisitions by Amazon

Commentary: the company famous for its outstanding customer service has surely shared some of its secrets with Amazon. Well, it should have…

Commentary: IMDB sounds nothing like a brand owned by Amazon but it is.

Commentary: this one has some practical value to it – Amazon plans to equip its loaders and forklifts with the new power cells.

In the world of global brand marketing, it isn’t easy to become a new Facebook or Google. If you are smart and successful enough, chances are that they will spot you and offer a hefty sum of money in return for your business. Would you agree?

There are more good reads on my blog – check out these latest features:

Contrary to what other people may be saying, YOU are your most valuable asset. Now it’s time to learn how…

The iconic mobile phone is back but it’s more than just a blast from the past. Seems like Nokia is…

Home » Blog » Global Brand Marketing: How Small Startups Get Acquired by the Greats