Ideal Brand Marketing Done By the Greats: The Case of New York Times

How NY Times came to their ideal brand marketing, what made them stand out, and why truth is hard – that’s what we’re about to talk in this article.

Not many newspapers can you remember that were groundbreaking in marketing and digital branding. Up until the early 90s, they all had been pretty much the same as they were, say, fifty or a hundred years ago – essentially, a piece of printed paper.

Yes, the distribution methods had evolved – from boys in the streets and postal workers to almost automatic delivery. Yes, the production methods had been improved considerably – larger quantities with better quality print for less money on more eco-friendly paper.

But other than those, it hadn’t evolved that much, really. Just the same piece of paper. Like this one, which is actually the first issue of The New York Times. 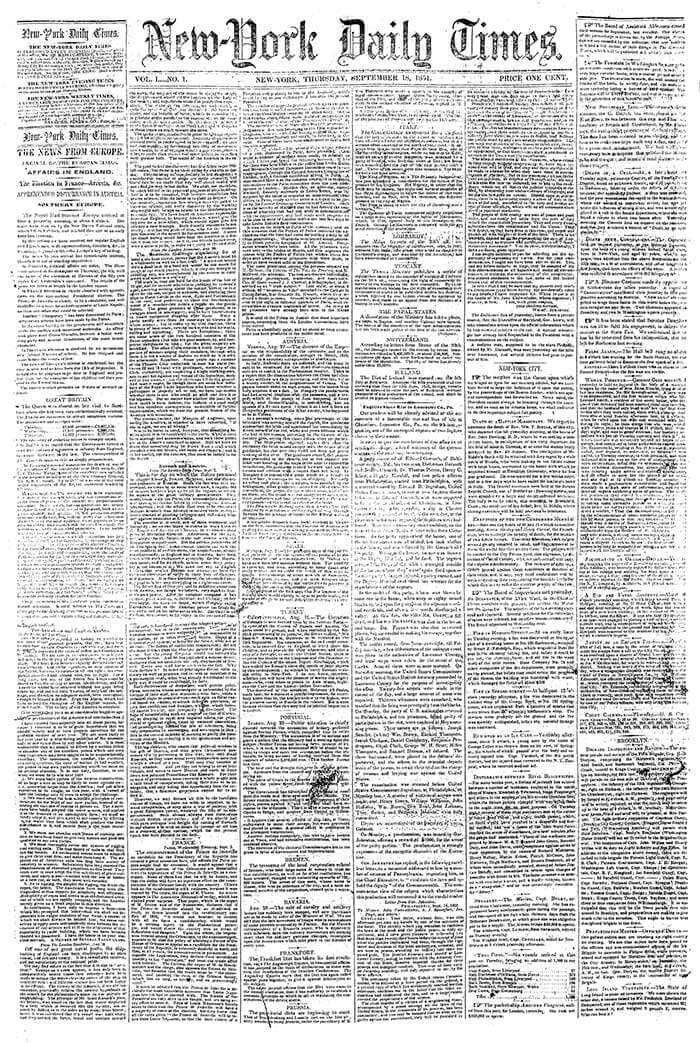 Not until the Internet had arrived.

The New York Times in the Internet Era

When people (and media moguls) got their first taste of the Internet, there wasn’t much understanding as to how to use this new opportunity that had arisen. Everyone would agree that somehow print media should transform into digital format but no one could quite pinpoint how exactly.

So guys at The New York Times were quick to take an advantage of the situation and launched one of the first major newspaper websites ever on January 22, 1996 (okay, there was a “Wired” magazine website in 1993 and “The Economist” page in 1994 but that’s it). 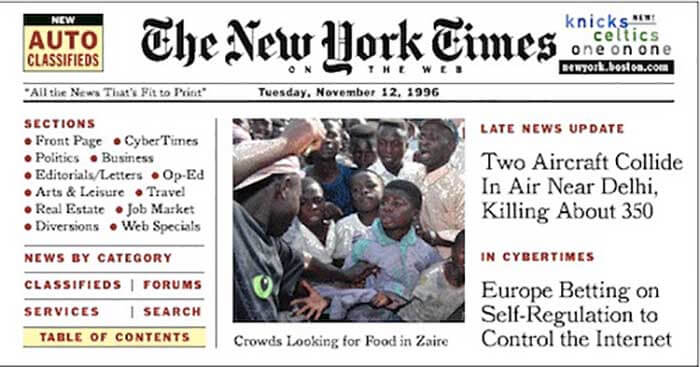 Needless to say, the access was universal and free for all visitors at the time. That was the dawning of a new era, which soon would revolutionize everything we knew about media and communications.

At the time of its website launch, the NY Times had already a well-respected newspaper, known for its thoroughness and rather unbiased reporting, for the most part.

Although initially a liberal newspaper (founded by a Whig Party member Henry Jarvis Raymond), throughout the years, the New York Times had managed to find a way to appeal to both ends of the political spectrum and those in between.

“We shall be Conservative in all cases where we think Conservatism essential to the public good;—and we shall be Radical in everything which may seem to us to require radical treatment and radical reform. We do not believe that everything in Society is either exactly right or exactly wrong;—what is good we desire to preserve and improve;—what is evil, to exterminate, or reform.”

Sounds quite well balanced for an editorial statement, doesn’t it?

The current newspaper’s motto is “All the News That’s Fit to Print” – it continues to appear in the upper left-hand corner of the front page.

Since its first online issue, the NY Times had struggled to find a way to match its critical success and popularity within the public with the financial success online.

The NY Times on the WWW

The online edition of the newspaper has been often been ranked as one of the most visited media websites in the world.

Right now (as of May 2017) it is ranked as the 32nd most popular website in the USA by the number of visitors and the most visited online edition of a newspaper, according to Alexa. In fact, it’s the second most popular source of general news in the US, behind CNN. 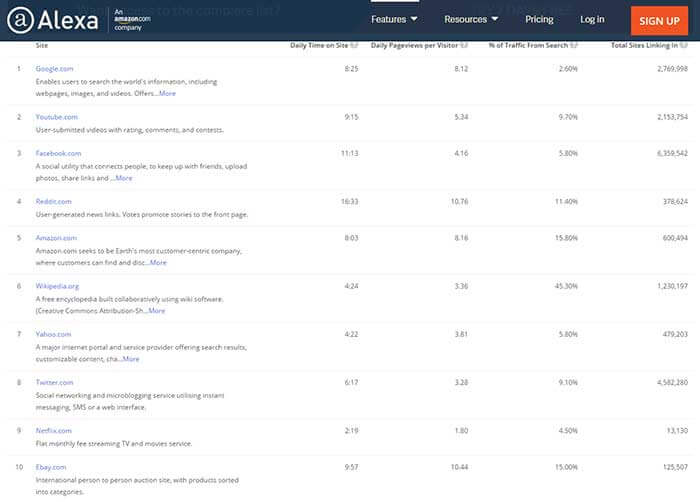 As for the world, the NY times are still strong – at any given time, they’re in Top 200 most visited websites globally.

However, the commercial success wouldn’t come easy to the online edition of the famous newspaper. As we mentioned before, the original NY Times website was free for everyone, and it worked when the Internet was still a gimmick, which was pretty much throughout the 90s.

Once the Internet audience had become a force to be reckoned with (which happened in the early 2000s), the NY Times management and marketing team started to think of various ways of how to monetize the digital content of the newspaper as the print issue sales were noticeably dropping.

The incarnation of the later hugely widespread subscription model came to life in September 2005 when the paper decided to restrict access to some of the daily columns on their website.

Those were grouped into TimesSelect and from then on required a subscription to view the materials. The initial prices were rather high and the plans were pretty straightforward and uncreative.

TimesSelect materials cost $7.95 per month (or $49.95 per year). There was hardly any tiered pricing, combo-plans, and stuff that we’ve all got used to now. Mind you, this was 2005 – the first iPhone and 3G Internet were still two years away and there were very few mobile apps other than simple games.

So, at the time, that business model seemed fresh enough for the market – not for the readers, though. People simply were not used to paying for the digital media content on the Internet, especially news and commentary. A huge backlash followed among fans of the NY Times, which resulted in several blogs reposting the “limited, subscribers-only access” articles off TimesSelect.

Not only that, but the management saw how potential ad revenues from the “restricted-access” materials would still outweigh the revenue from the subscription.

Seeing the futility of their efforts, the NY Times marketing team decided to shut down the TimesSelect content program and restore the free, unlimited access to the website content – this was done in September 2007, merely two years after the program launch. 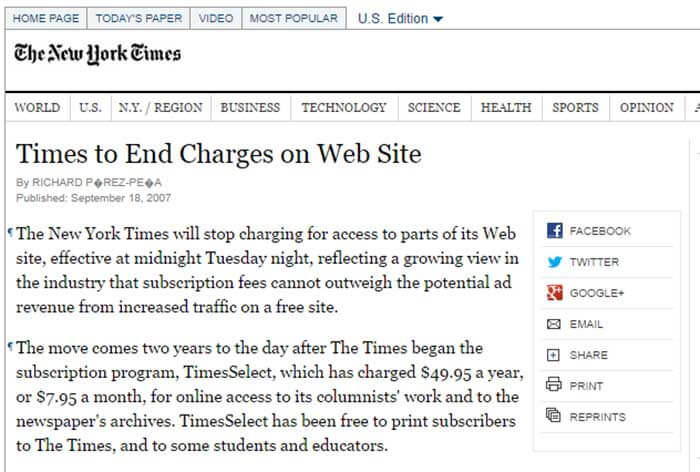 The second attempt came to life in 2011 after a few years of minor experimenting. This rendition of the subscription-based model would prove much more successful and would still live up to this day, albeit with slight modifications.

What the NY Times marketing team did in 2011 was institute a “paywall” – as we know it now. You could still browse through all of the website content but had limited number of articles per month (originally 20) to do so.

Although this model seems a bit more liberal at first, it’s actually a lot harder on casual visitors than the previous one they tried.

Right now, you can view only 10 articles per month for free. Once you’ve run out of your quota, you’ve got to pay or wait for another month to pass.

How many articles does an average visitor view per visit? That should be exactly between 6 and 8 – these guys have done their maths well.

This rendition of the subscription-based model was deemed moderately successful, as it had gained a few hundred thousand subscriptions and around $100 million revenue in less than a year.

To this day, this model still exists on the NY Times website, to which you can be witness by simply visiting it and clicking on 2-3 random articles.

The NY Times on Mobile

The NY Times mobile app was first created and launched for the iPhone in 2008 – it had downloadable articles to help save Internet traffic when it was still expensive. In April 2010, came an iPad app and later that year an Android app followed.

Initially, the apps were free and ad-supported but when the new subscription model came along in 2011, they all became a part of the newly created “digital subscription packages”, which exist to this day as exemplified here.

By the way, the NY Times were, once again, one of the first media publishers to provide a unified access to their content through whatever format the subscribers would choose (one fee covers all platforms).
Recently, the newspaper published a controversial commercial called “Truth is hard”, which has a lot to do with Trump and the way the NY Times’ journalists cover his presidency. You should watch it.

As you can see, the NY Times were quite innovative for in their digital marketing and branding. They have pioneered quite a few ways of monetizing digital content while still maintaining their integrity. Isn’t it what we call “ideal brand marketing”?

Thanks for reading this article – I hope you enjoyed it. For more good stuff on my blog, click on one of the articles below:

Digital Marketing Consultants: Who They Are and Whom to Follow in 2017

In case you ever run out of ideas or inspiration, these digital marketing consultants will surely help - not always…

It’s not easy getting noticed nowadays if you don’t have a strong brand. Let’s see how using Internet trends can…