Most commercials are like white noise – you can barely tell one from another. Well, not this case of company branding we’re about to discuss.

Chances are you’ve seen (or, at least, heard of) this ad we’re about to discuss here. It goes like this.

Kendall Jenner for PEPSI Commercial from Trigtent on Vimeo.

Why Vimeo and not the official YouTube Pepsi channel? Well, because Pepsi pulled this ad a mere day after it’s been released (on April 4th) removed all related media, and effectively destroyed the whole marketing campaign they had probably had ready.

What’s All the Fuss About?

So, what was it? A case of simple misinterpretation by the masses? Grand incompetence by Pepsi marketers? A blunt, conscious attempt to cash in on the wave of social protests in North America and around the world?

There’s, however, another possibility which seems quite unlikely now but, nevertheless, worth mentioning when the smoke clears – a smart publicity stunt, a sneaky ploy to sow the seeds of Pepsi brand into the hearts and minds of the new target audience.

Let’s try to inspect all of these options and see how where our deduction takes us. But before that, here’s what you should know about this ad.

Where Did Pepsi Take Inspiration From?

Nothing is new under the sun. Obviously, Pepsi were not the first ones to use socially conscious images in their ads. Hey, even their competitors (unless you believe in conspiracy theories and, in this case, Coke and Pepsi belong to the same company) Coca-Cola had once done it!

Here’s a clip from the year of 1971 – sorry, no audio, this copyright censorship on YouTube is crazy these days!

Another inspiration for the Pepsi probably came from a protest march, which took place in 2016 and was organized by Black Lives Matter, an international activist movement, which you can learn more about here.

Here’s an iconic image from that march that features their activist Leshia Evans. 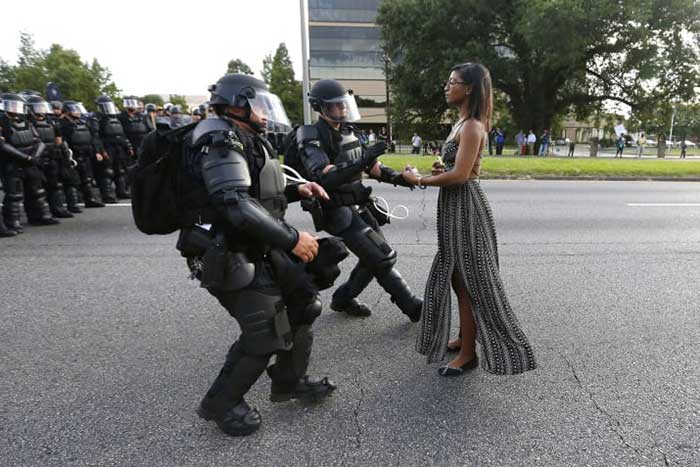 How Do Major Consumer Brands Advertise Their Products?

To get a better understanding of this Pepsi ad and the hype surrounding it, we need to take a quick glance into the world of modern branding and how major brands advertise their products.

This where the first misconception lies – consumer brands rarely advertise their products as “products”.

Rarely do you see in a McDonald’s ad something like “Hey, here’s our new burger – it’s 32% tastier than our previous one and now included an extra pickle! And if you hurry up, you may get a bullsh*t toy you don’t need as a free bonus gift!”

Big consumer brands don’t act like this because – guess what – they don’t sell you Pepsi, or Coke, or BigMac, or whatever it is.

They sell you a lifestyle associated with a particular brand, a glimpse into the better world, a chance to become a part of something bigger than you are.

That’s why we have Coke drinkers, Apple fans, and even BigMac index. Every ad by any of the aforementioned brands features young smiling people getting together and having fun.

If you think this is an improvisation and director’s vision, you’re wrong. Every little detail, every second of screen time is accounted for and heavily scripted with one goal in mind – sell you the image associated with the product but not the product itself.

Because next time you’re at a supermarket or a bar, you will buy Pepsi (or Coke) not because you’re thirsty but because you want to get that feeling of belonging. Familiar product design and logo trigger positive connotations in your brain (planted there earlier by the ad) and – bam – you find yourself with a can of Pepsi (or Coke) in hand.

The rest is just variations of the main idea. You can’t please everyone with a single brand – that’s why you need to have all these Sprite’s, Fanta’s, 7Up’s, Mountain Dew’s etc etc. This helps the parent company/brand cater to larger audiences and achieve better targeting and marketing penetration.
So, back to that ad – are Pepsi marketers extremely stupid or extremely far-looking and smart? And what have they done wrong? Let’s browse through the possible options. 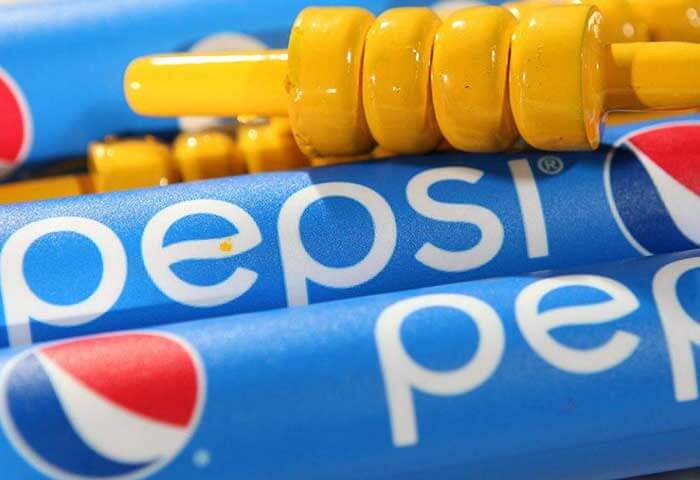 Say what you want but I’m not buying this. In a company that huge, people who are in charge of marketing should have enough brains and experience to see where this all might end.

A marketing campaign starts long before you watch the final outcome. It has to pass through several mandatory stages.

First, there’s got to be certain goals that the campaign should achieve (e.g., «increase sales in segments A, B, and C», raise brand awareness among [insert demographic parameters] etc). These goals are set by the top management, after which they’re explained to the marketing department.

Second, the marketing department has to come up with a few different treatments for the idea – different scenarios, scripts, actors, and settings. It’s not like Pepsi people HAD to go with this idea all the way from the beginning.

Finally, the decision isn’t made by a single person – there’s got to be a board having people with various opinions in it. What, none of them saw what had been done?

After all, major world brands don’t have the practice of employing stupid people on managerial positions, especially when it comes to such a vital department as marketing. The price of a mistake is too high – you can recover from almost any financial losses but you can’t really recover from a damaged brand reputation. It’s a stain that will never come off.

Possible Option #2. Pepsi Marketers Wanted to Cash in on the Social Protests Wave but Came Up with a Messy Solution

Now, that’s closer to reality. People that work at the marketing department of such a huge company should stay in touch with current news and events, both offline and online.

Minorities, LGBT rights, racial disparity, immigrants are all among the hottest topics right now – not only in the USA or Canada but in the rest of the world too.

Perhaps, it seemed natural to these guys at Pepsi that a commercial that would feature a mulatto woman joining a group of multinational, multiracial protesters and lead them to a peaceful resolution by handling the conflict with a single can of Pepsi handed to the policeman who takes a sip, thus confirming his peaceful intentions.

Sounds nice on paper but Pepsi marketers should have probably realized that subjects like gender, race, and cultural origins are very easy to misinterpret even though the original intentions were nothing but good.

Another thing is that now American society is more uptight than ever about social, racial, and gender issues and any public statement on them (and any commercial IS a public statement) will be scrutinized by the media and people.

Could it have happened that Pepsi simply messed up the innocent idea with a poor execution? I’d say yes.

VERDICT: option #2 is quite likely.

Possible Option #3. Pepsi Marketers Were Totally Aware of the Risks Involved but Still Wanted to Try 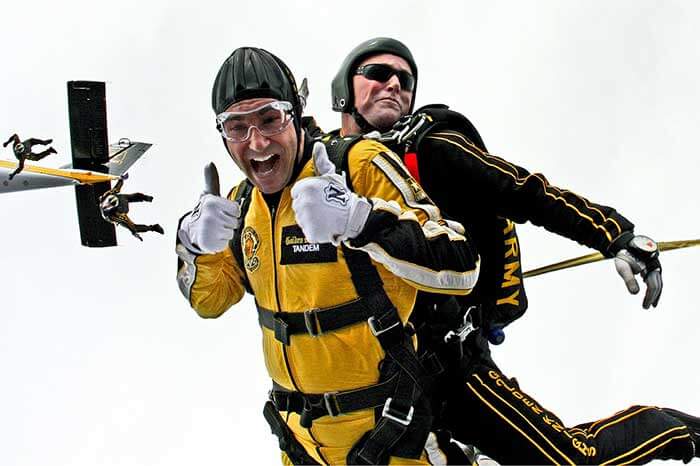 Now, this is my favorite one. Everyone who oversaw the campaign before it was presented to the public, knew about the possible risks but still hoped that mainstream bloggers and the public will support the idea and help spread it around the social networks.

Well, it went viral but not in the fashion Pepsi people wanted it to. This will probably result in a few major resignations, tens of millions dollars in losses, and brand reputation damages. Was it worth the risk?

Possible Option #4. Pepsi Marketers Are Smart and This Was a Conscious Publicity Trick

No matter how much people love conspiracy theories, there’s always lack of substance to most of them.
However, I would not completely reject the fact that this could have been a smart marketing ploy to earn sympathy from audiences in the new political climate of the US. Any further speculations would still remain speculations as we have no proof or facts.

That’s it for now – we’ve studied an interesting case of company branding by Pepsi, which might be considered as a failure. Still, give it a time and see how it turns out in a few months from now – who knows what we’ll see?

If you’re eager to read more about branding, promotion, and advertising, check out these recent articles on my blog:

Looking for a Brand Ambassador on the Internet… and Finding Them!

Looking for a brand ambassador you are? Find them quickly you will after reading this article! This Article Isn’t (All)…

The iconic mobile phone is back but it’s more than just a blast from the past. Seems like Nokia is…