What is rebranding? History and Case Studies of It

If there’s branding, there’s gotta be rebranding, and it’s just as important. This article might as well be the best answer to the “What is rebranding?” question.

Life is funny and unpredictable with its ways. Right around the moment you’re finished with branding, it’s already time for rebranding. But “What is rebranding and why in the world do I need it?” you might ask. This is what we’re about to discover here in the article!

The best and the shortest possible definition for the term “rebranding,” that I could find, goes as this (props to WhatIs.com).

Rebranding is the creation of a new look and feel for an established product or company.

Sounds fairly simple, huh? But the devil is in the details. Have you noticed how there was nothing said about the product or company themselves?

Therefore, it is something that has to deal with the brand, the image, the look, and feel but NOT WITH THE PRODUCT or COMPANY. They’re the same before and after rebranding, receiving no change at all. This is crucial to the overall understanding of the concept.

This article should give you more useful thoughts regarding brands and how they work – “What is a Brand? Everything You Need to Know About a Brand Before Building One.”

The Goal of It

The most common goal pursued by the companies which engage in rebranding is to change the customers’ perception of the product/company in a way that is profitable to the company.

In other words, rebranding makes up for the mess that happened because of the original branding. Just joking 🙂 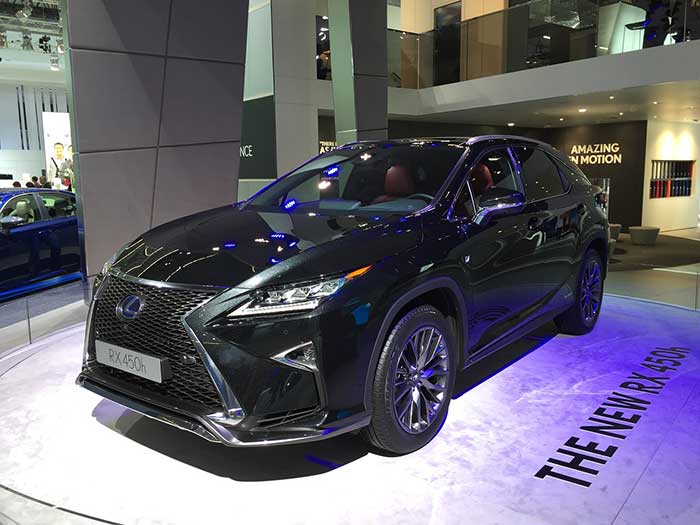 For example, when Toyota wanted to enter the US luxury full-size car market in the 1980s, the top management had quickly realized that it was impossible to do that under the “Toyota” brand – simply because most consumers in America associated it with cheapness, fuel-saving, and compactness.

Rebranding the core “Toyota” brand was out of the question – the company couldn’t afford to lose the then-current market share. So, what did they do?

Instead of rebranding the company, Toyota had decided to rebrand the product – remove all the ties that connected it with cheap and small Toyota cars and create a new brand. This is how Lexus was born. All Lexus cars are, in fact, modified, upgraded, and tuned original Toyota-based platform cars.

As you may have guessed, this move turned out to be quite successful for the guys. If you happen to drive a Lexus, take no offense – these are great cars. I took them just for the sake of an example.

Interestingly enough, a similar thing happened with another major Japanese carmaker – Nissan (they created Infiniti, a luxury sub-brand). And let’s not forget about Honda and their Acura. You get the idea.
Alright, that should be enough about cars – moving on to the next topic of the importance of rebranding.

Why Is Rebranding Important?

Just like any change for the better, rebranding is not only important for your company, your website, your blog, or your YouTube channel – it’s quintessential. In many cases, it is a matter of survival and staying on top of things.

Why it is important: 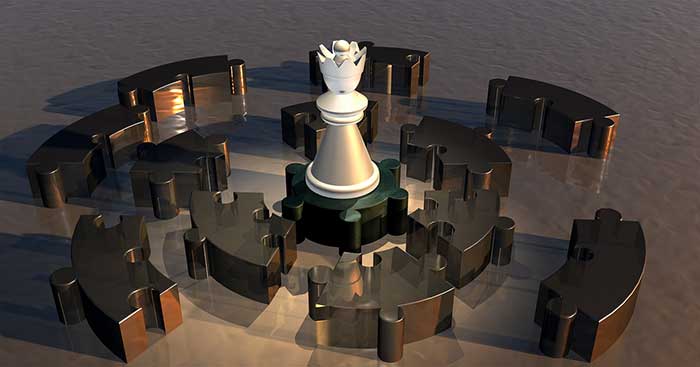 In today’s ever-changing world where technology gets obsolete sometimes even before it’s released, rebranding seems like a logical thing to do. Many (if not all) major companies have gone through it and came out on top.

So, why did these companies and businesses need rebranding in the first place? Was it a conscious decision or an urgent necessity? Let’s take a closer look at some of the potential reasons for it.

Different reasons bring different companies to the fact that they need rebranding.

Competition in business is like a race: you can never be ahead for a long period of time – competitors are going to catch up really fast. Try inventing a brand-new product or offering a never-before-seen service, and there you go – the next day it’s all over the place, with tons of imitators or simply those who ripped off the idea without bothering to add anything to it.

Copyright whatever you want, sue whoever you wish – it’s not going to change a single thing. The reality of the modern world is that it’s cheaper to stay innovative and remain the leader than to waste time looking over your competitors.

Changes might give your business that jolt of freshness right at the time when you need it the most.

Do you remember those outrageous Old Spice commercials starring, at first, Isaiah Mustafa and then Terry Crews?

Yep, they were a lot of fun. What’s more important is that they were a part of the brand’s huge rebranding campaign that started in the 2010s.

Reasons? Competitors have started to do it better, marketing the deodorants to all age and sex groups: teenagers, young people, and middle-aged men. They did it very aggressively, through TV and social networks, often by using various sub-brands to cater precisely.

Old Spice at the time was considered a good-old “grandfather” thing, which certainly didn’t appeal to the younger audiences.

So, the management decided to create a new look for the brand – more stylish, masculine, and hip. For that, they hired popular actors and shot a series of absurd-yet-funny-as-hell commercials that had viral potential. Once you’ve seen it, you’d want to share it on your Facebook page.

And there it went! The campaign has proven very successful – sales have risen, and the company didn’t even have to change the logo or product itself in any major way. But most importantly, the company has differentiated itself from the competitors and gained its own, exclusive appeal.

Sure, it wasn’t budget-conscious and the costs of hiring well-paid actors were high but it was worth it after all, wasn’t it?

2. Get Rid of Negativity 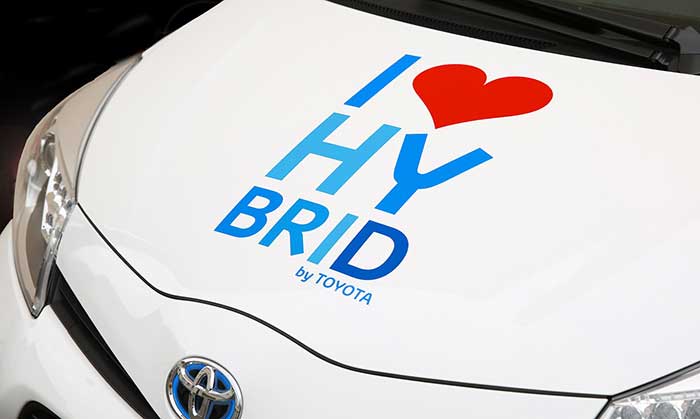 This is what Toyota marketing team did in the example we’ve already covered. Although fuel-saving, low cost, and compactness are not necessarily bad features of a mass-market car, they are certainly evil (equals “strongly negative” in the marketing dictionary) for the luxury car segment.

That’s why Toyota guys decided not to try the impossible and created a brand-new brand (sorry for the pun but it was intended).

Turns out they succeeded, didn’t they?

Much like the Old Spice example – if your current marketing efforts are doing you no good and you’re losing your market share, maybe it’s time for rebranding.

The classic example that comes to mind first is the legendary comeback of Apple in the late 90s – early 2000s. By the time Steve Jobs returned as its CEO, the company had lost everything to competitors – not just market but also respect.

Step by step, Steve Jobs returned the company its greatness – first, through innovative and modern-looking Macs, then restored the Apple’s pioneering role in the industry by releasing iPod in 2001, iPhone in 2007, and iPad in 2010.

It all started with a “Think Different” slogan and a new logo.

Not only Apple restored its market positions but it wiped out a few competitors completely eventually becoming one of the top companies in the world, worth half a trillion dollars.

Not bad for simple rebranding, huh?

4. Find the Way Out of Critical Business Situations

When the going gets tough, the only way to stay alive is to reinvent yourself – see the previous example.

5. Moving with the Times

The technology is always moving forward. If you want to be a leader today, you will succeed just partly. In order to become truly great, you will need to remain a leader tomorrow. 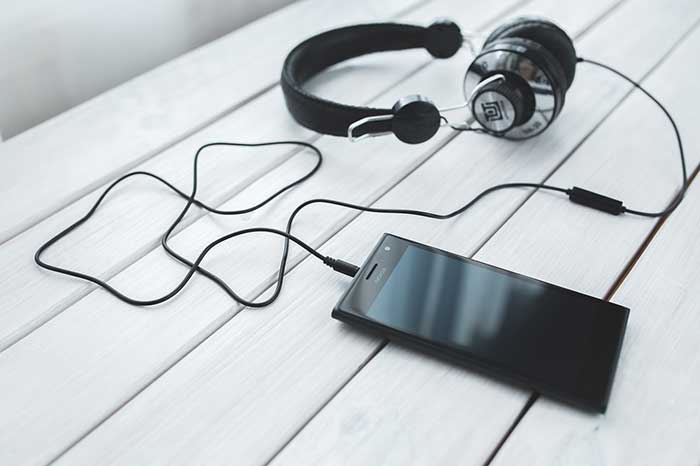 So far we’ve been talking about rebranding done right, now let’s take an example in which things have gone wrong. I’m talking about Nokia.

Not many may remember but Nokia were the top producer of cellphones in the beginning-to-mid 2000s. Every their new cellphone model was an instant hit on the market up until Apple came with their touchscreen display, iTunes App Store, and own operating system iOS.

Nokia probably thought that these were all gimmicks, something that came and went. Too bad when realized smartphones were a new trend, it was too late.

Yes, they did try to survive through a deal with Microsoft but it didn’t work out anyway. Even though they had a decent product (Lumia), the company had compromised itself as a loser in the battle of technologies.

Mistake? They weren’t moving with times.

Rebranding is a natural process that any business, big or small, sooner or later has to go through. Changing your image and/or look for the better is not a bad thing. If done right, it yields positive results and earns new loyal customers.

For more good stuff on my blog, be sure to check these articles:

Marketing Vision: How to Position Your Brand the Right Way

This is material is unique enough to be sold, yet it is free. Learn how to develop your marketing vision…

The ultimate guide how to create a vision statement that will guide your online business for many years ahead. Includes…

Home » Blog » What is rebranding? History and Case Studies of It