Brands are everything. Products are nothing. Learn why branding is important and how it can help your business grow with this article.

A Brief History Lesson (Worth Reading)

These are truly strange times we’re living in – the abundance of products and services if absolutely overwhelming. Yet, it hasn’t always been like that. There were times when people had to struggle to survive and cared little about marketing.

The Stone Age of Marketing

Come to think of it – in the Medieval people were glad to have anything. If there were shoes available, they got them. If there was someone baking bread, the locals bought the hell out of it. The resources were scarce and there was no mass production, obviously. It was better to have at least something than nothing at all.

Needless to say, the quality and price were not among the top priorities in the then-customer’s decision-making process. If they were at all. Maybe, they call it the “Stone Age of Marketing” in marketing books. For all we care, it was just the beginning.

The Golden Age of Marketing

However, as the time was moving on, the large-scale manufacturing of goods became a reality, with the discovery of steam power and later electricity. Competition among the producers of goods had emerged, and soon enough the customers started to take notice of how much things cost and what the quality was.
That was the “Golden Age of Marketing” – most currently active top world brands were born during that time. Among them are such business names as Mercedes-Benz, Coca-Cola, Adidas, Ford, Procter & Gamble, Nestle, Mars, Husqvarna, Colt and many others. 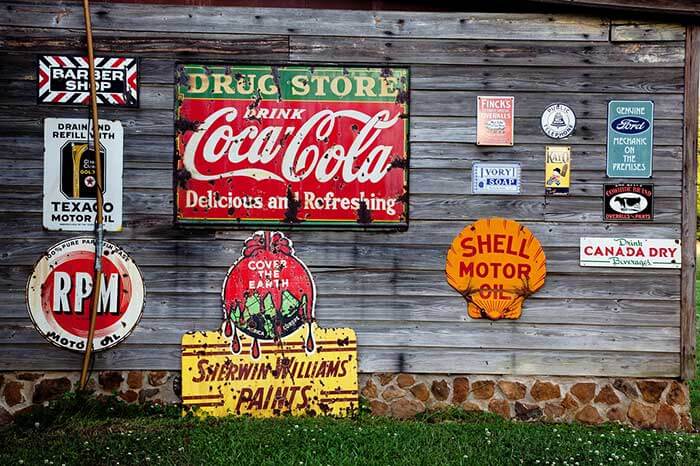 Eventually, during the course of the 20th century, the overall quality of life around the planet had improved greatly due to the rapid spread of technology and globalization.

For a man of the early 1900s, it was impossible to imagine Ford cars being made in Argentina, Barclays ATMs located on the streets of Jakarta, Indonesia, and Russian souvenir Matryoshkas being produced in China.

It All, However, Became a Reality. How?

Right after the World War II the major multinational corporations began their production shift to the third-world countries. They sought cheaper workforce, better logistics, and tax shelters. By doing so, they inevitably brought the technologies in those countries, thus giving them the temptation of using (and rather abusing) these technologies.

Soon, the markets of these “outsource” countries were flooded with cheap fakes of popular brands produced using the import technologies. No one considered this a threat as long as the domestic markets were flourishing.

However, right after the Cold War ended and the Eastern Bloc (with the USSR as its head) collapsed, the situation started to change slowly.

The once imitators had finally learned about the quality, innovation, energy-saving, and marketing. The competition grew even stronger.

And when the mass-available cheap Internet arrived in the early 2000s, it all went haywire. It became impossible to hide something, to create a production know-how, and not have it stolen, replicated, and widely distributed the next day with a little-to-know compromise to the quality but for the less price.
This is when we, guys, moved into the current stage of the development of marketing which I would call the “Age of Brands” where some brands of ages had managed to survive and do well.

The Age of Brands

Nowadays, it doesn’t matter what you produce or what you offer. In a nutshell, everyone’s products are more-or-less the same.

If you ignore the brand and take a blind test of 10 brands of beer, you would never know which one’s Bud and which one’s Becks. Or Miller. Or Coors. Or Brahma. Or your local brewed piss-flavored drink.

Hey, but ask a fellow beer drinker if he has a favorite – he’ll give you a thousand reasons why beer A is better than beer B. Would he be able to substantiate his claims with valid, solid, and death-proof arguments? Highly unlikely.

What is the reason for this lack of objectivity in the decision-making process of a modern customer in today’s economy? The BRAND.

It comes to the point where some of the consumers would pre-order the next Apple product without even knowing what it’s going to look like.

If Apple top management suddenly decides to release a triangular-shaped smartphone with a pre-installed voice-operated crotch-rubbing machine called “TriCroPhone”, millions of people would buy it the very same day it’s released without even questioning the necessity of the latter.

The power of “Apple” brand and their marketing team is enough to convince people that they simply won’t survive without TriCroPhone. Imagine what the product description might look like in that case.

With its unique blend of classic pyramidal shape and modern hi-tech feel, TriCroPhone is more than just a smartphone. It comes pre-equipped with the thinnest-ever crotch-rubbing arm that joins titanium-reinforced rod with chrome-powdered coating for the ultimate crotch-rubbing experience.” Phew, enough of that…

This level of devotion that we notice in some brands can be found only in the world religions. And brands do resemble religions sometimes. That’s why branding is important. 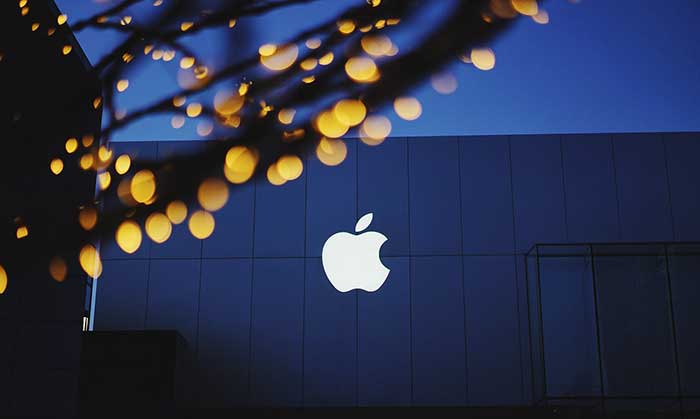 Of course, these are top brands we’re talking about. But even for a small business like yours that might not become as big as Apple or Google, branding is hugely important.

So, prefaces aside, let’s get down to business!

According to a popular definition, branding is a marketing practice of creating a name, symbol, image, logo, or design that identifies and differentiates a product from other products.

Enough said! By branding your product, you’re securing a place on the market and laying a great foundation for a successful business.

Why Branding Is Important?

There are several possible reasons for that (besides starting your own religion 😉 ).

1. It Gives a Competitive Advantage

Having an established brand can make all the difference in business. It doesn’t mean you will have an excuse to mistreat your customers, though – you will still have to play it right.

Companies that managed to become brands can use their brand as leverage in the battle with competitors – it gives them certainty, confidence, and freedom to experiment with expanding to the new markets and finding new approaches.

Consider this a head-start.

2. It Makes You Recognizable

Sure it does. Wherever you go, you instantly notice McDonald’s logo in the street, or Coca-Cola logo in the Drinks section in a supermarket.

These are the thoughts that may run through an average consumer’s head.

Has McDonald’s undertaken any active promotion steps to win you over? No, they haven’t. That was pure brand magic.

A great satisfying experience received from a brand is something that you would love to share with the rest of the world (or, at least, your buddies).

When you’re drinking Jack Daniels, you’re not just drinking some liquor. You’re drinking the world-famous renowned whiskey with more than a 100 years’ tradition. That sense of belonging is what makes it work.

Brands allow their fans to connect with the company’s business through that sense of belonging we talked about earlier. We are talking about loyalty here.

Once your brand earned a customer’s trust, you’ve got to take care only of one thing – not to lose that trust while milking customers for more money.

When your company’s branding is established, it’s easier for customers to make up their minds as they clearly know what to expect from you. 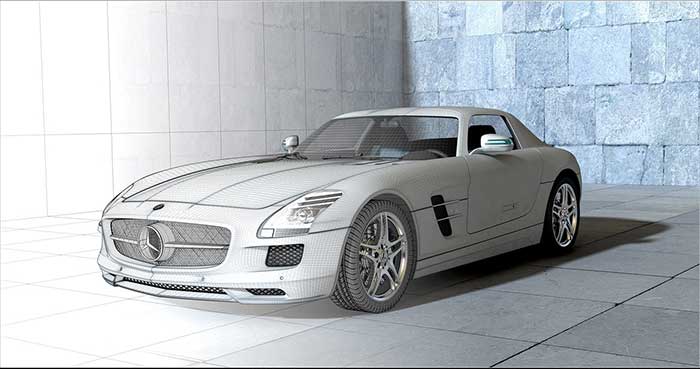 You don’t know what the next Mercedes-Benz car will be but you can be sure it’s going to look solid, drive smoothly, feel comfortable inside, and have a full set of modern driving gimmicks.

6. It Forms a Stable Asset

If you take any modern IT or software company, you will easily see that their most valuable asset is the brand.

When you hear that Apple is worth $500 billion, probably 450 out of those is the brand. The rest is probably equipment and patents.

So, now you get the idea of branding and why branding is important for your marketing strategy. Branding works for all kinds of business: for b2b companies, for nonprofits, for marketers, for advertising etc.

Be sure to follow my blog and check out these articles on brands, branding strategy, and how they work:

What is a Brand? Everything You Need to Know About a Brand

We come across brands every day but rarely ask ourselves «What is a brand?». The answer, however, is crucial to…

What Is a Branding Strategy? Laying Down the Foundation for a Brand

Everyone’s got a strategy these days, even pizza delivery guys. But how many of you have pondered the «what is…