How to Create and Launch a Successful Influencer Marketing Campaign

As you may have noticed yourself or from various sources, people’s trust in general media is declining. That includes both news/political agenda and advertising.

This little thing called the Internet have stolen it all from the once huge media outlets. Well, not the Internet in general but namely social networks and YouTube.

Media moguls and transnational corporations thought they had it all, and it was pretty much true up until the beginning of the 21st century. In most countries, you would have a handful of TV channels, radio stations, and newspapers owned either by the government or by powerful tycoons. Through those, they had quite unlimited reach and control over the population.

Getting your ad out on any of those channels more or less automatically meant that you’d succeed. Remember the famous «1984» ad by Apple?

Yeah, those were the times when you could have a prominent movie director («1984» was directed by Ridley Scott) shoot your TV commercial for some $900,000 (if adjusted for inflation, it will be over $2 million in 2017 dollars).

By the way, Apple had got over $3.5 million worth of Macintosh sales right after running this ad – and, mind you, that was a single TV slot, albeit, during the «primest» of all times – SuperBowl.

To imagine something like this to happen nowadays is highly unlikely – not because we’re lacking talented marketers or creative ads. No media outlet has such an overpowering and everlasting control over their audiences. And audiences, in turn, don’t give too much credit the media these days.

Why? Because they have an alternative now.

For the first in the history of humanity, people have got universal access to alternative sources of information on any matter. Whether it’s a liquor store robbery, a conflict in North Korea, or a new mattress for your bed, there are always multiple sources of information – whether to trust them or not, it’s up to you. And, what’s more important, you can voice out your opinion too using the same channels.

There is also another thing to be aware of: the new generation of consumers is coming. Sociologists call them «Generation Z» and they’re already knocking on the door. People who were born after the year 2000, are now coming of age and getting ready to give us, the Millennials, a nice little kick in the butt.

For these people, in particular, social networks and YouTube have completely substituted the general media trio (radio-TV-newspapers). They believe famous bloggers and celebrities more than anybody else. Reason? Because they’re people. 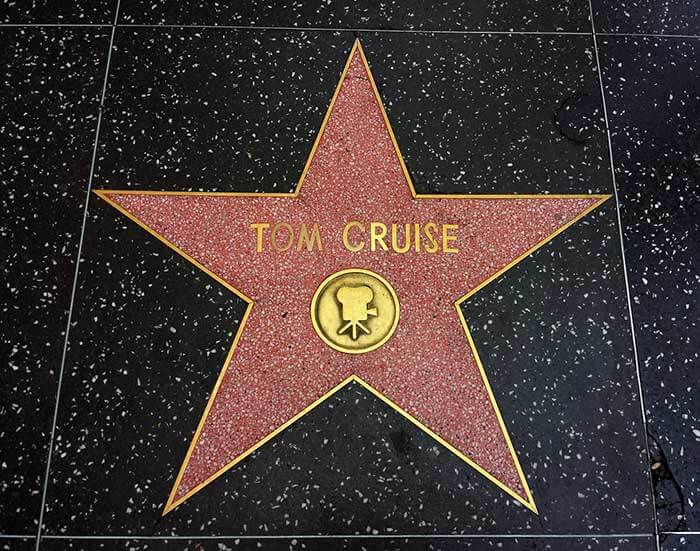 It’s really hard to associate yourself with those shiny, glossy model people from TV ads and Internet banners – they’re as fake as can be. A blogger with a few thousand subscribers, on the contrary, is much more believable as a person – and that includes not only his/her personality but also tastes, recommendations, and endorsements.

The secret is quite simple – social networks are probably the closest we’ve ever had to socialism. Alright, hold on, let me explain. In real life, you live in a tiny apartment and Kim Kardashian lives in a huge mansion. You drive 1996 Toyota, she drives 2017 Mercedes Benz AMG SL65 Roadster. She goes on her private island in the Pacific for vacation, you go to your friend’s place for some drinks. There isn’t anything that you both would share.

However, when it comes to social networks, that’s when you get the real sense of equality. Kim Kardashian has the same Instagram account as you. Absolutely the same. The only difference is the number of subscribers. But you can always «Like» any of her pictures, share it, or write a comment – much like you could do on any other user’s page.

This sense of proximity to otherwise unreachable people is what drives millions of people use social networks not only for admiration of someone else but also for expressing themselves. 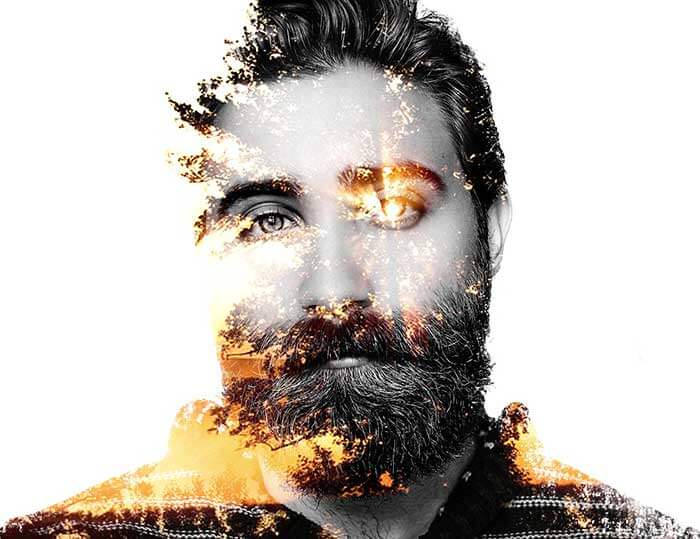 Influencers are people who have one or more social media channels, through which they produce and distribute content (images, texts, videos, etc.), which, in turn, attracts other people. The degree of attraction is measured in subscribers, likes, comments, reach, and some other rather intangible metrics such as authority and popularity.

Influencers are called that because of the influence they have over their audience, big or small. Most of the influencers wouldn’t mind exchanging some of their online presence for your reward (usually, monetary) by promoting your product/service in one way or another.

Influencers are the next big thing in Internet marketing, and most major corporations have already caught up on that – here’s my recent article on the subject «Influencer Marketing in 2017: Will It Finally Explode?».

But what about us, small businesses owners and entrepreneurs? Is there a way we could benefit from this new marketing frenzy that’s been going on for a few years already? There certainly is!

Most small businesses could handle an influencer marketing if treated with great patience and understanding. Here below, I will give you a few tips on how to run your (first) successful marketing campaign.

These are a combination of common sense, practical knowledge, and hands-on experience. 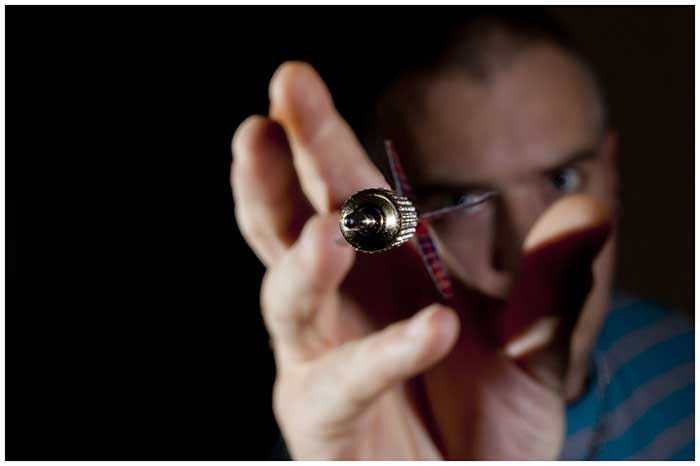 If anything, this should always be #1 on your list of any marketing activities. In our case, the goal-setting process boils down to 3 main things:

setting (and allocating) the budget for the campaign

establishing KPIs or metrics if you wish

Depending on the target audience, you would be looking for a certain type of an influencer. The amount of budget is pretty much unlimited – the more you have, the better. Typical KPIs for this kind of campaign are views, impressions, audience reach, click-throughs, and, finally, sales!

2. Choose the Social Media Channels for the Campaign

There can’t be right or wrong calls here as every social media channel has its benefits – it all depends on your target audience and your product.

In any case, try to settle on one main channel rather than spreading your efforts all over the place.

Arguably, the most difficult part. The best tip I could give here is don’t always look out for the bigger names – huge audience does not necessarily mean huge sales.

Instead, set your sights on those influencers who specialize in a particular topic/area that is close to your brand, ideologically or audience-wise. A thousand dedicated subscribers will always bring you more than one million general people with varying tastes.

4. Work Out a Publishing Schedule 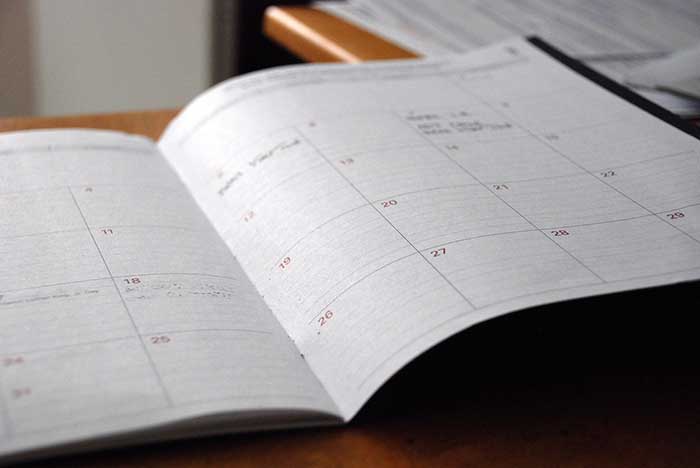 Once you’ve reached an agreement with the influencer, come up with a publishing schedule that will set the type and amount of content required for the campaign. Ideally, your influencer should also take part in this as he/she is responsible for the content.

Then, break the content down into days/parts, in which the influencer is going to present to the audience. Tip: start with the most engaging, interesting part.

When an influencer produces his/her own content, it’s one thing. However, when the reputation of your brand is at stake, you’d better check everything BEFORE it goes online.

7. Track and Measure Your Results

It’s pretty obvious – make sure you get all the necessary data from your influencer to compare what you’ve got with what you planned in the very beginning. Don’t wait until the end of the campaign – collect and analyze the metrics as you go.

That was the end of today’s article. Thanks for reading – I hope you’ve found it useful.

If you’re interested enough, there are more articles on influencer marketing on my blog:

Millions of companies eager to have them some influencer marketing for their small business. One Kim Kardashian. We’re bound to…

Social influencer marketing might be the next big thing as the old, conventional marketing is slowly dying off. Definition Before…